As you may have already heard in the news, celebrity couple Angelina Jolie and Brad Pitt filed for divorce.  The two have been in the spotlight as a loving celebrity pair for over a decade.  However, they were only married for just over two years.  What does this mean for their divorce?

In Virginia, when determining spousal support and how to divide marital property and debts, courts look at multiple factors, one of which is the length of the marriage.  Generally, the shorter a marriage is, the less likely it is that spousal support will be awarded.  However, there is no steadfast rule that courts use to determine when spousal support is required.  Rather, courts consider factors about the marriage and the party requesting the support will need to successfully argue their entitlement to it.  Therefore, spousal support is always an uncertainty in divorces.  To avoid costly litigation and such uncertainty, it may be wise to prepare a prenuptial agreement before tying the knot.

The benefits of entering into a prenuptial agreement are numerous.  First, these agreements are drafted and entered into prior to marriage.  This means they are done at a time when the parties are happy with one another and able to communicate without hostility.  Additionally, they allow for the parties to make decisions for themselves rather than giving that power to a judge.  Finally, many items can be addressed in a premarital agreement so that it is unique for each couple and what is most important to them.

If you are thinking of getting married, contact our law firm to discuss whether a premarital agreement would benefit you. 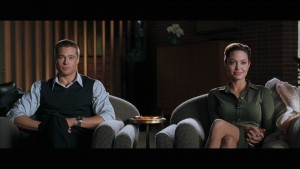