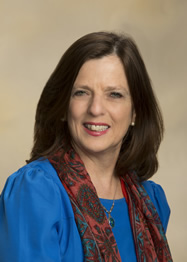 Robyn is Chairman of the Employment Law Practice Group and has extensive experience in handling labor and employment issues on behalf of both public and private sector employers.  Robyn represents primarily employers in all aspects of employment law including, for example, claims and employment issues arising under the various federal statutes including for example, Title VII of the Civil Rights Act, Age Discrimination in Employment Act, Americans with Disabilities Act, Fair Labor Standards Act, Family and Medical Leave Act, National Labor Relations Act, and the Employee Retirement Income Security Act. In addition to the statutory issues, she also handles contract and tort claims including, for example, claims of wrongful termination and defamation that so often arise in employment termination cases.  She represents clients before various administrative agencies including the Equal Employment Opportunity Commission, and the Department of Labor, both the Wage and Hour Division and the Office of Federal Contract Compliance. She also represents clients in matters in both Federal and State Courts.

On a proactive level, she  helps clients develop and preserve their employment population by preparing employment, non-competition and non-solicitation agreements as well as developing and drafting effective employment policies.  She also provides counsel on the establishment and maintenance of employee benefit plans including both qualified and nonqualified retirement plans and welfare benefit plans. She, along with other members of the practice group, give seminars, lectures, workshops, and training sessions to help employers avoid potential claims.

Robyn was an adjunct professor at the Marshall‑Wythe School of Law at the College of William and Mary for the 2002 fall term.

Robyn was born on December 2, 1955 in Danville, Virginia.  Robyn is married to Paul Hansen, and they live in Williamsburg, Virginia, and have three children, Kristen, Lauren and Nicholas.